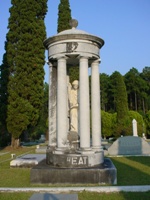 Currently 40 acres in size, it is believed the Douglas Cemetery began with a donation of land from the Peterson family in the early 1860s. In 1930, Warren P. Ward, author of "Ward’s History of Coffee County," described the Douglas cemetery as one of the most beautiful in South Georgia. He gave credit to the ladies of Douglas for such beauty. Tall, Italian Cypress trees reach more than 50 feet towards blue skies. Although not native to the area, the presence of these stately trees is the result of a community volunteer landscape program during the early 1900s.  Contributing to that beauty are beautiful, historic monuments.

Individuals from all walks of life are buried in the cemetery: former Douglas Mayors, many Coffee County Sheriffs, Senators, Representatives, and former Commissioners from Douglas and Coffee County. John Strickland Gibson, a former United States Congressman who was instrumental in writing and pass 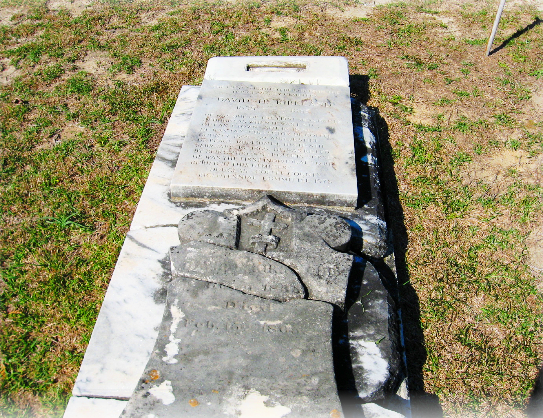 ing into law the G.I. Bill of Rights is buried here. At least 7,000 individuals are buried in the Douglas Cemetery, beginning with the burial of David Kirkland, one of Douglas’ first merchants, who was killed when thrown from his horse in 1865 and Lucinda Lott (who died in 1848 but was relocated to the cemetery in the late 1860s).