Located within Georgia’s sandy, coastal plains, the Broxton Rocks offer plants native to the tropics and the Appalachian Mountains. This beautiful attraction has been named: 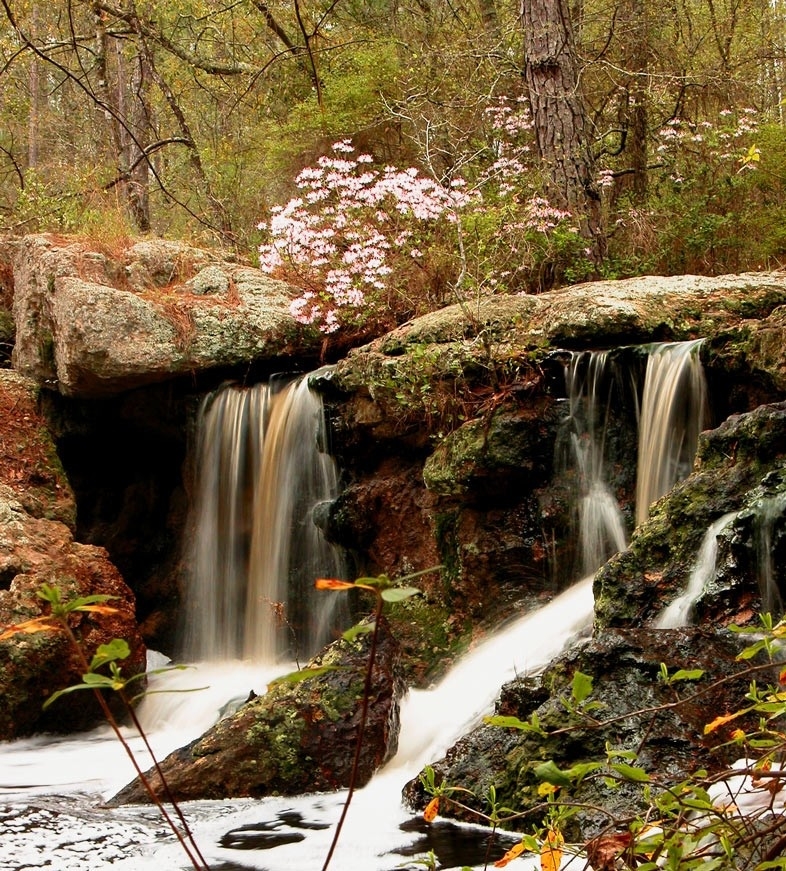 Botanists come from all over the United States to study the Rocks’ 530 plant species, some of them threatened or endangered. Sharing the sandy landscape of the Rocks are Indigo snakes, gopher tortoises, more than 100 bird species, and a host of mammals and reptiles.

The rocks and crevices and supported plant communities are fragile and vulnerable to foot traffic so visitation is limited. The rocky areas can be dangerous for inexperienced hikers. However, The Nature Conservancy’s work is helping open the area to greater visitation in the near future so that more Georgians, and visitors from around the nation and world, can appreciate this special place.

More than 525 species of plants have been identified in the area, some rarely found so far south. Twenty-two of the site’s species are considered rare, including the largest and only protected populations of a rare succulent herb, grit portulaca, an otherwise Cuban species.

PLEASE BE MINDFUL OF THE NATURAL HABITAT AND DO NOT DISTURB/REMOVE PLANTS OR ANIMALS IN THE PRESERVE. 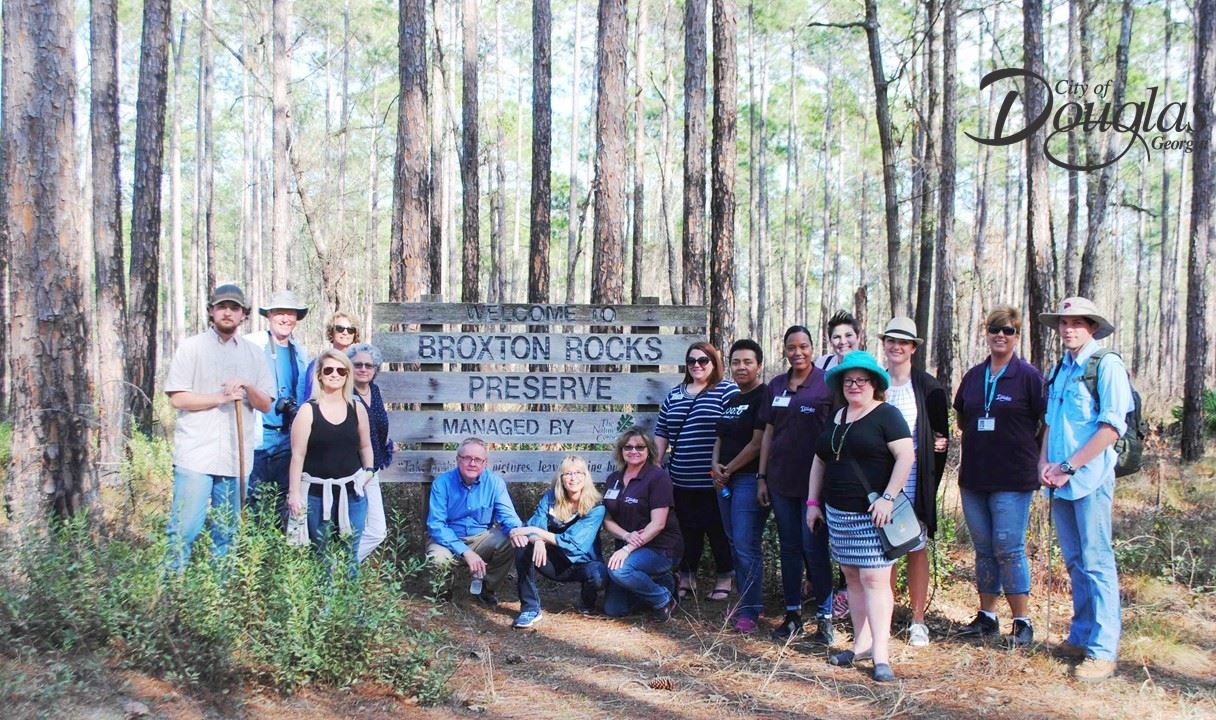 You may hike the area - at your own risk, June-August each year.  Upon arrival there is a locked gate and you must park and walk into the preserve.  Please park vehicles near the kiosk/sign being careful not to block the gate.  The one-mile trail from the preserve gate and kiosk/sign to the falls is open to the public June – August.  The trail is not stroller friendly and it is not ADA equipped. There are no restrooms, so please plan accordingly. PLEASE BE MINDFUL OF THE NATURAL HABITAT AND DO NOT DISTURB/REMOVE PLANTS OR WILDLIFE IN THE PRESERVE. Help us to continue to preserve this natural wonder in Coffee County - stay on the trail and leave no trace of your visit behind.

If you chose to hike the area before June or after August of each year, safety orange MUST be worn from September through May.  The preserve is hunted by a private hunt club September - May each year.

The preserve is open for guided tours on Easter Sunday and for select tour and work party dates.